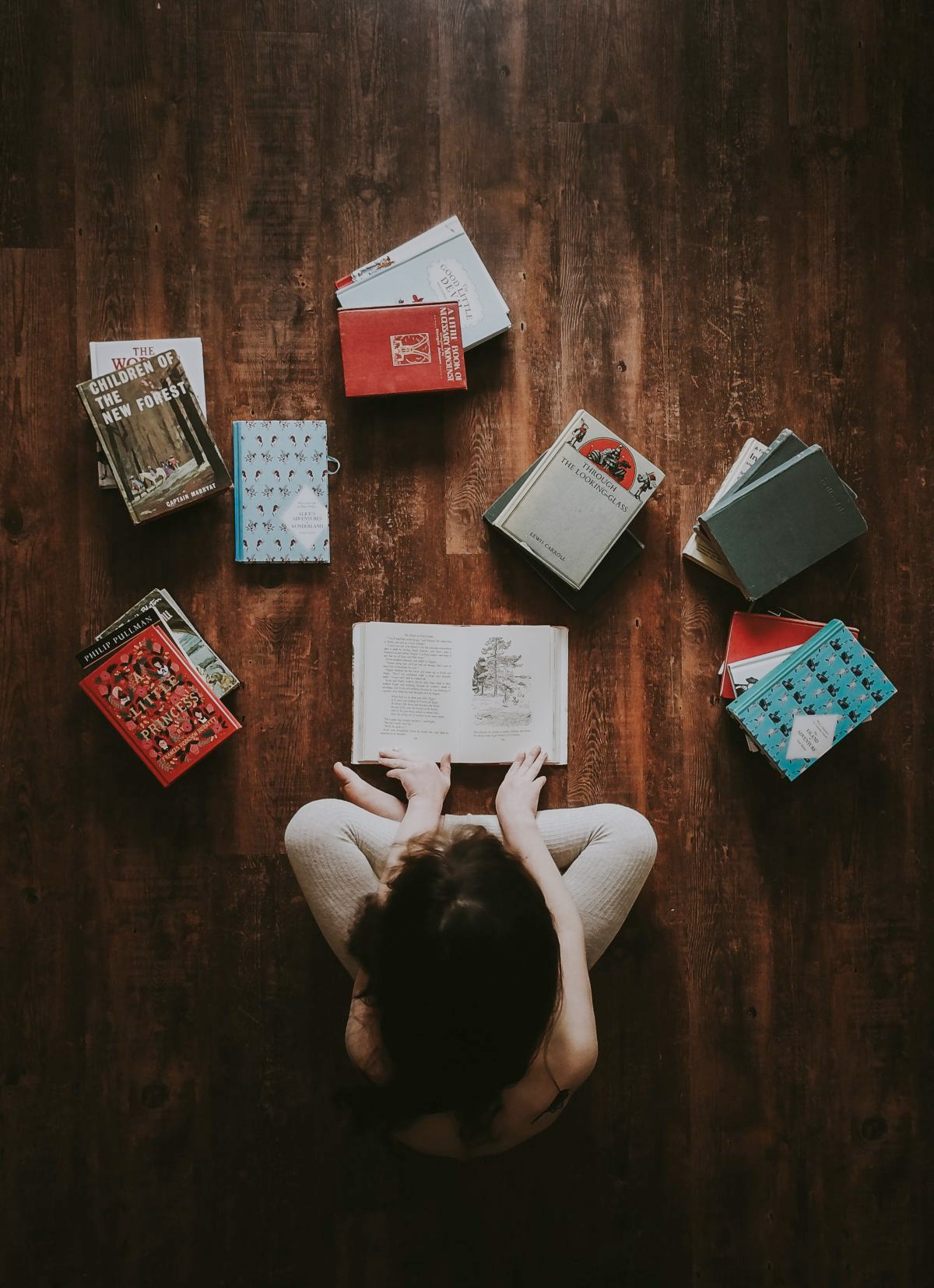 Representation is everything – whether that’s for newly diagnosed kids so they don’t feel so alone or parents looking for reassurance that everything’s going to be ok. And what better place to start spreading the word about the importance of neurodiversity than with the books we read? We’ve rounded up a few to get you started.

We’re amazing 1,2,3! A Story About Friendship & Autism, Leslie Kimmelman (Author), Mary Beth Nelson (Illustrator)
In 2015, fans of Sesame Street (and frankly who isn’t) were introduced to Julia, Sesame Street’s first character with autism. Through the book We’re amazing 1,2,3!, Julia’s story resonated with so many kids living with neurodiversity that she was brought to life as a regular character on the TV show. Since then children around the world have been introduced to Julia’s family, taken adventures with her and learned a lot about acceptance along the way. The Girl Who Thought In Pictures: The Story of Dr. Temple Grandin. Julia Finsley Mosca (author), Daniel Rieley (illustrator)
Temple Grandin is one of the loudest, and powerful, autistic voices of modern science yet when she was younger no one expected her to ever speak. Describing herself as someone who thinks solely in pictures, Temple’s unique mind has allowed her to  connect with animals and invent groundbreaking improvements in animal husbandry for farms around the world. A passionate advocate for the autism community and neurodiversity in all its forms, this colourful book uses rhyming verse and fun illustrations to pass Temple’s story on to the next generation. 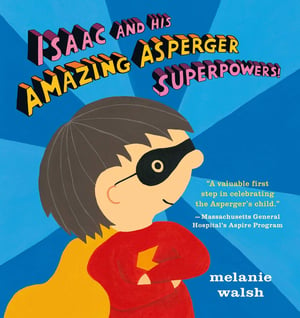 Ihttps://www.amazon.com.au/Isaac-His-Amazing-Asperger-Superpowers/dp/0763681210
Melanie Walsh
When (and if) you choose to share a diagnosis with your child it can be hard to find the age appropriate words to describe what they might be feeling. This brightly illustrated picture book introduces the word Aspergers through the eyes of a little boy called Isaac, who uses his differently wired brain for what it is – a superpower.

Different Like Me, My Book of Autism Heroes
Jennifer Elder (illustrator), Marc Thomas (illustrator)
Eight-year old Quinn has Aspergers and wrote Different Like Me, My Book of Autism Heroes as a way to introduce young readers to a selection of his autism heroes. Quinn not only discusses the achievements of people like Albert Einstein, Dian Fossey, Lewis Carroll, Andy Warhol and Temple Grandin he also writes about the difficulties they faced with fitting in. An inspiring look at neurodiversity for children and parents alike. 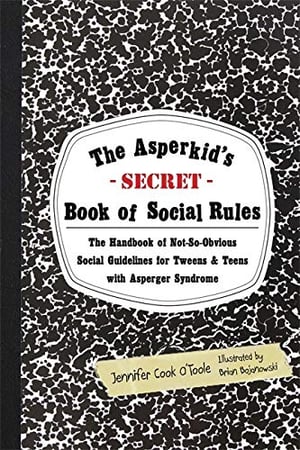 The Asperkid’s (Secret) Book of Social Rules
Jennifer O’Toole
Being a tween isn’t easy and for Aspie kids it can be even tougher – something this book’s author understands all too well because, well, she was one. Alongside her own Asperger’s diagnosis, O’Toole has three neurodiverse children and wrote this book as a top secret guide to all those hidden social rules so difficult to decipher for kids who think differently.

Colin Fischer
Ashley Edward Miller and Zach Stentz
From the minds of the screenwriters behind X Men First Class and Thor comes a new kind of superhero – Colin Fischer. Being 14 with Aspergers means Colin sees the world differently, in fact it’s all a bit of a mystery. And then, after a gun goes off in the school cafeteria one lunchtime, he has to try and solve a real life whodunit. Luckily his hero is Sherlock Holmes and Colin loves nothing more than some cool, hard logic. The Reason I Jump: One Boy’s Voice from the Silence of Autism
Naoki Higashida, David Mitchell, Keiko Yoshida
An award-winning book written by the Japanese poet, novelist and essayist Naoki Higashida when he was just 13. Through this translation, by best-selling author David Mitchell and his wife Keiko Yoshida, Higashida provides an insight into the behaviours experienced by many children with autism and explains why he talks loudly, repeats himself and loves to jump. While being largely non-verbal, Higashida is now in his mid-twenties and continues to be a hugely successful author. His follow-up book Fall Down Seven Times, Get Up Eight continues where The Reason I Jump leaves off.