What signs of ADHD and ASD may be overlooked in girls? 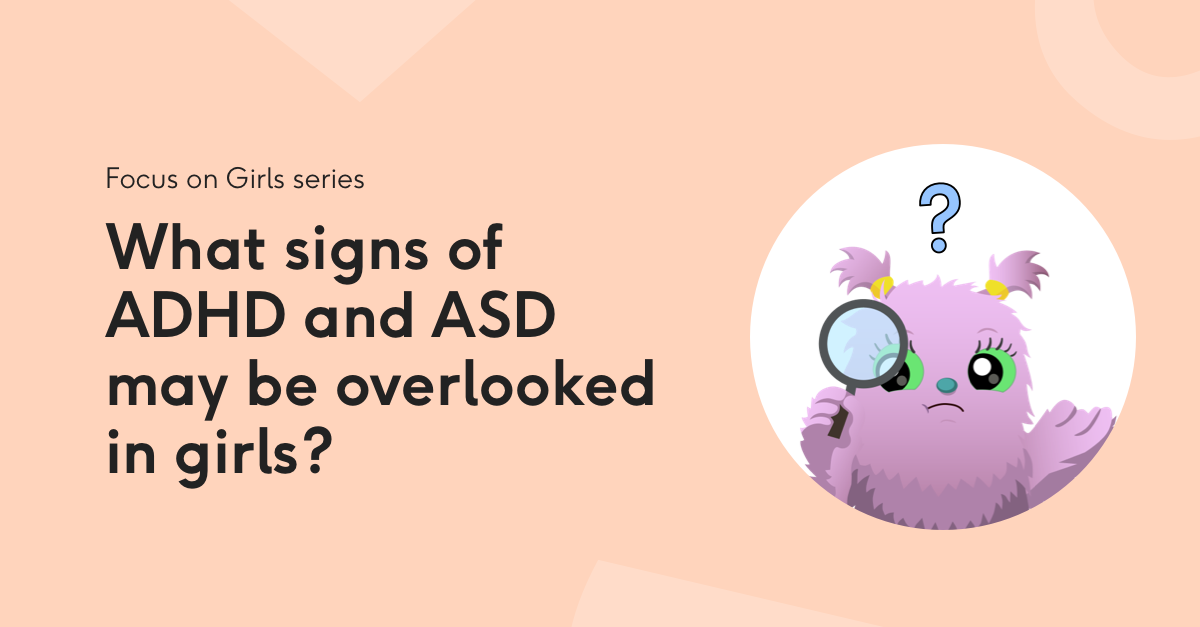 The under-diagnosis of girls and women with attention deficit hyperactivity disorder (ADHD) and/or autism spectrum disorder (ASD) raises a very pertinent question: What are the signs in girls that parents, teachers and doctors may be overlooking?

According to Clinical Psychologist and Director of Chology, Tom Osborn, “Girls on the spectrum, when compared to males, tend to be more interested and capable in social interactions. They may demonstrate better non-verbal communication — such as eye contact — and exhibit fewer ‘unusual’ or repetitious behaviours. Caregivers are often told that their daughter can’t be on the spectrum because she’s ‘too social’ or ‘engages in joint attention’ or ‘doesn’t exhibit the normal behaviours of autism'.”

Tom explains that despite being able to mimic appropriate social behaviours, girls on the spectrum invariably exhibit social difficulties to some degree. He advises, “Caregivers can look out for signs of social anxiety, social withdrawal, limited friendships and difficulty expressing empathy, to name a few.”

When an ASD diagnosis is dismissed, a long road of assessments for other conditions that may not quite fit often begins, resulting in appropriate supports or treatments being overlooked. A similar experience is reported by women assessed and diagnosed with ADHD later in life.

In regards to ADHD, Dr Simone Gindidis, Developmental Psychologist and Clinical Lead at TALi, also believes that “the gender stereotype needs to change”. She says that girls shouldn’t need to be hyperactive or impulsive to have their struggles recognised.

“ADHD is complex and can involve an interplay of hyperactive, impulsive and/or inattentive behaviour across different environments. The experience of these symptoms can also change with age,” she explains. “Signs of attention difficulties commonly overlap with symptoms of other conditions — including ASD and attachment problems — which makes early identification so important. Some of the signs to look out for include:

As Simone concludes, “Recognition bias of ADHD symptoms in girls and women is an issue that needs to be tackled on multiple fronts by educating parents, teachers and medical professionals.”

Both Tom and Simone highlight the importance of asking the right questions and referring to appropriately trained professionals such as paediatricians and psychologists for formal assessment. By fostering general awareness that girls may present with neurodevelopmental conditions differently to boys, including what those differences are, the disproportionately high number of girls failing to be identified can be assessed and receive life-altering support.

This article is part three of TALi’s Focus on Girls series. You can read part one here: Why are girls diagnosed with ADHD and ASD later than boys? And part two here: How can delayed diagnosis of ADHD or ASD impact girls?

If this article has raised any questions, please consider reaching out to one of the below organisations for information and support:

Amaze — Shaping the future for autism